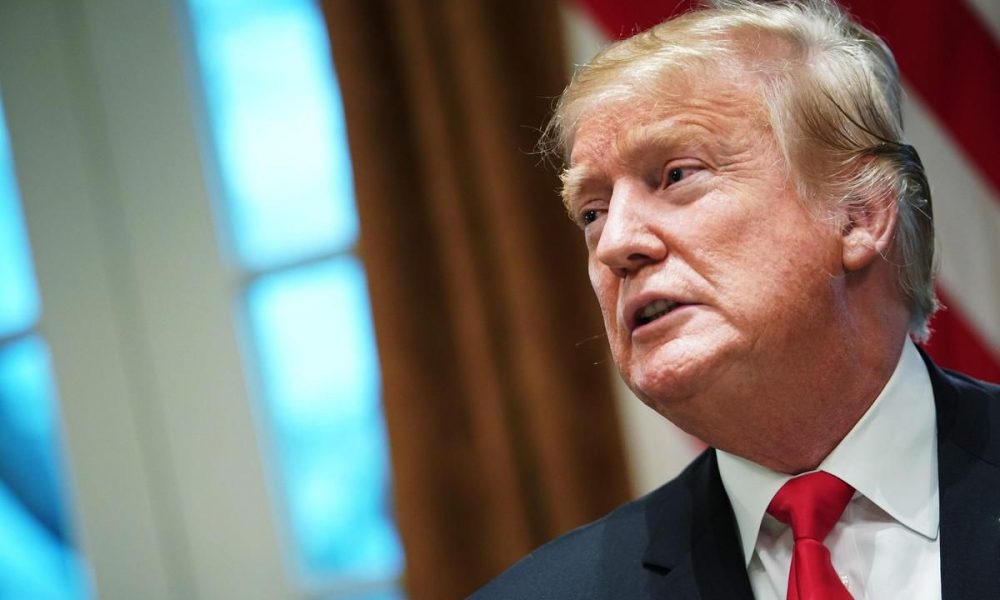 In a move that amounted to a concession of at least short-term defeat, the U.S. president announced Friday that he had agreed with Democrats to sign a bill to fund the U.S. federal government for three weeks, until Feb. 15, without getting any border-wall funding in return.

“I am very proud to announce today that we have reached a deal to end the shutdown and reopen the federal government,” he said in a speech at the White House.

If he keeps his word, his climbdown will end the 35-day-old partial shutdown Trump initiated to try to pressure Democrats into agreeing to pay for the wall on the Mexican border. The shutdown has forced 800,000 federal workers to go without pay, slowed or stopped hundreds of government activities, and done serious damage to Trump’s popularity.

The president’s move will not mean the permanent end to the fight over the wall. Trump implicitly alluded to his threat to declare a national emergency and seize government funds for the wall, if Congress did not use the three-week reprieve to work out a long-term deal that included billions for his proposed wall on the Mexican border.

But he had repeatedly insisted he would not sign any bill without wall money. Senate Republicans, acting on Trump’s wishes, had voted down such a proposal the day before.

“Is there a white flag flying above the White House?” Bill Kristol, the conservative commentator, wrote on Twitter.

Trump’s announcement at the White House came hours after Roger Stone, a longtime Trump adviser and a renowned political trickster, was arrested by the FBI and charged with obstruction, lying to Congress and witness tampering by special counsel Robert Mueller, who is investigating the relationship between Trump’s 2016 campaign and Russian interference in the election.

And it came after a series of shutdown developments that weakened his negotiating position.

On Friday morning, a large number of absences by air traffic controllers, who are going unpaid, caused significant delays at major airports in New York, Atlanta and elsewhere. And FBI Director Christopher Wray released an extraordinary video message to employees in which he said, “Making some people stay home when they don’t want to, and making others show up without pay — it’s mind-boggling, it’s short-sighted, and it’s unfair. It takes a lot to get me angry, but I’m about as angry as I’ve been in a long, long time.”

The end of the shutdown may allow for the State of the Union address to be held next Tuesday as originally planned. Democratic House Speaker Nancy Pelosi had refused to allow Trump to give the speech in the House chamber, as is traditional, until the government was funded, forcing him to surrender on a promise to do so regardless of her wishes.

Trump’s poll numbers had worsened significantly over the shutdown, particularly with independent voters. The latest poll, by the Washington Post and ABC and released on Friday, put his approval rating at 37 per cent. Other polls this week also had him in the 30s; the Associated Press had him at 34 per cent, the lowest in more than a year. 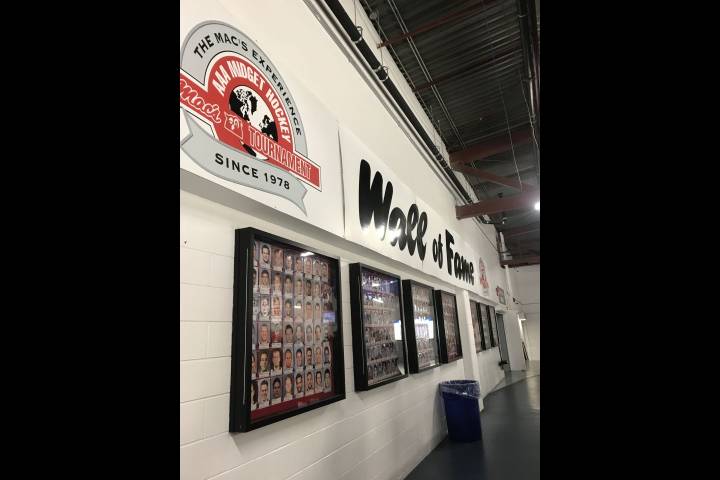 It’s one thing to play in the Mac’s AAA Hockey Tournament but it’s quite another to be featured on its Wall of Fame.

That is where you’ll find the pictures of nearly 200 players who have played in the 40-year-old tournament and then gone on the achieve hockey greatness.

“You have to have played at a professional level,” said tournament vice chair Chris Turnbull, explaining the criteria required to earn a spot on the wall.

“We draw our line at the National Hockey League,” he continued. “We’ve got 64 or 65 first-round draft picks on our wall of fame and I believe there’s nine or 10 that went first overall in the NHL draft. So that really says something to you about the caliber of players that come through here.”

“In the case of the female players, they didn’t have an NHL to go to but we did put two in there because they did play on the Olympic team,” Turnbull said.

A new display case is also featured on the wall with a Team Canada jersey in it, which was gifted to the tournament after the women’s national team’s request to play an exhibition game at the tournament last year was granted.

After the same pictures and memorabilia stayed the same for nearly 30 years, the wall was finally updated and expanded this year with the addition of 70 new players’ pictures.

“Everybody knows the names and so people always walk by the wall of fame and they always want to see who’s new,” said Turnbull.

Jim Yaworski is a former Junior B coach in Calgary and remembers some of the big name players that showcased their talents at the tournament.

“Mike Green in particular,” recalled Yaworski of seeing Green play at the tournament years ago and who now plays for the Detroit Red Wings.

“That really sticks out. He’s a northeast boy from Calgary and just an excellent hockey player and when you watched him play here you knew he was going to play in the show.”

For players currently playing in the tournament, the idea of seeing their mug shots on the wall one day is almost surreal.

“It’s just crazy, it’s crazy to think about it.” 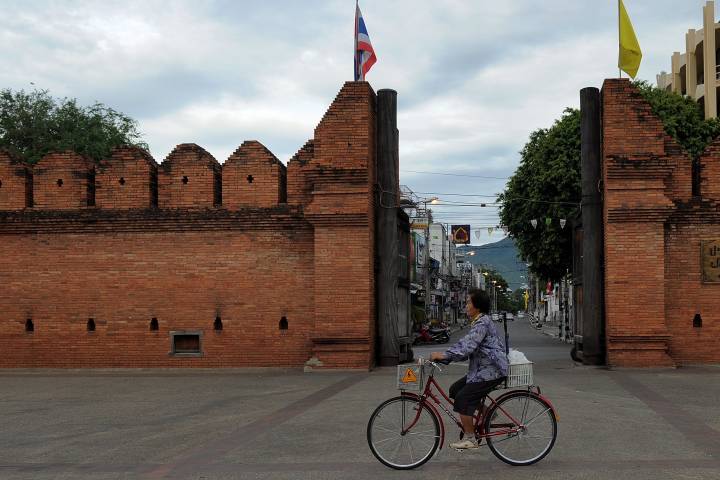 A Briton and Canadian face up to 10 years in prison on charges of spraying paint on an ancient wall in northern Thailand, police said Friday.

Security camera footage purportedly showed Furlong Lee and Canadian Brittney Lorretta Katherine Schneider, both 23, spraying a message on the walls of the Tha Pae Gate in the northern province of Chiang Mai at around 4 a.m. Thursday.

Pol Col. Teerasak Sriprasert, chief of the Chiang Mai police, said that the tourists are in custody and have been charged with vandalizing registered ancient artifacts, which carries a penalty of up to 10 years in prison and a USD $30,650 fine.

Teerasak said the pair admitted they sprayed the message out of drunken revelry. He said that Lee, who is from Liverpool, admitted that he wrote: “Scouser Lee” on the wall while Brittney told police that she wrote the letter “B” underneath it.


READ MORE:
Canadian who Instagrammed cocaine-smuggling trip to Australia gets 8 years in prison

The 13th century Tha Pae Gate is part of an ancient wall that forms a square around Chiang Mai’s inner city.