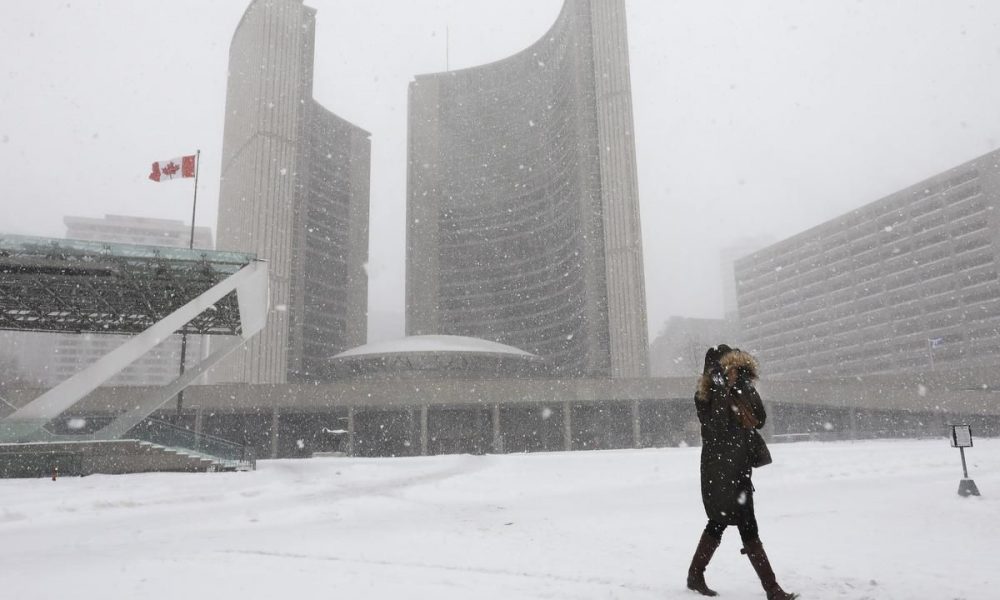 A sunny thought, as you bundle up to chip the ice off your walkway for the umpteenth time this month: Environment Canada is projecting a warmer than usual spring.

There’ll be a few more weeks of winter pain first, but then ….

“Our outlook for March and April is showing milder than normal,” says David Phillips, senior climatologist with the government department.

“We may have to be patient, because we can’t say when in March that’s going to begin. It could be in the second week. You can’t just pick a date and say, ‘Shed the parka and balaclava and take the snow tires off! Spring has sprung.’

“But, right now, (the climate models are showing) spring is coming, and, certainly, it will be better than what we saw last year.”

April 2018 is likely frozen in the memories of many Torontonians. It was the coldest on record; a cruel trick on the salt-stained masses. Then, bizarrely, it was followed by a May that sizzled. The average temperature in April was 3.4 C. The average May temperature rocketed to 17.2 C.

“It absolutely was like winter to summer. I’ve never seen anything like that and I’ve been at this 50 years,” says Phillips.

“We’ll have spring this year. We won’t go from slush to sweat. I wouldn’t bet my pension on it, but I’m not just saying that to make people feel good.”

An average March high temperature is about 5 C, while April tends to be about 12.5. Phillips says that when the projection is for a temperature to be warmer than normal, that usually means an increase of about 1.5 C; not dramatic, but enough that people should notice.

“But, I wouldn’t take the lawn furniture out just yet,” says Phillips, noting that we’re likely still in for a few more bouts of “shoveling, plowing and pushing” before the crocuses appear.

The Weather Network doesn’t release its spring forecast until later this month, but Doug Gillham, a meteorologist there, cautions that “winter is by no means finished with southern Ontario.

“Once we get toward the first week of March, (the) first two weeks of March, it’s going to feel like winter. Instead of these back-and-forth swings, we think the cold will lock in at least through mid-March.”

A hint of warmer weather, even if it’s only on the horizon, will be welcomed by Torontonians longing for a brrrr-eak after a brutal four-week stretch of bracing cold, snow storms and freezing rain.

We’ve received about three-quarters of a year’s worth of snow in four weeks.

Causing that, says Gillham, is the massive amount of severe Arctic air that has western Canada in a bitter deep freeze. It has spread widely, and, in the Toronto area, it is meeting warm moist air, surging up from the Gulf of Mexico. The Arctic air is dense and doesn’t like to give way.

“We’ve been the battle zone,” says Gillham. “You bring that warm air and run it into the cold air; that’s how you can effectively make a lot of precipitation.”

New Toronto Raptor Jeremy Lin, arriving in the aftermath of a storm Wednesday, couldn’t resist tweeting, “This Canada weather not playin’ around.”

It may sound odd, given what this city has shivered through, but this has actually been a warmer February than usual.

The average high so far has been 1.5 C, where, historically, the average high for February is minus 0.4 C. Gillham said the current number is skewed by a couple of warm days — Feb. 4 hit 12.7 C, for example — and a few daily highs that occurred overnight.

Phillips said a good indicator of the kind of month February has been so far in Toronto is that we’ve already had 22 hours of freezing rain spread over five days. Typically, we have seven days of freezing rain, totaling 35 hours, over an entire winter.

And this month isn’t likely to get more pleasant.

“You might as well write off February as being more winter-like. I just don’t see melting going on,” Phillips says.

While Torontonians like to complain about the weather, he says that, if there was an award for the worst winter in Canada so far, it would likely go to the nation’s capital.

“It’s almost as if every storm made a bee line for Ottawa,” he says. “Ottawa has had truly a tough winter. Every month has been colder than normal. We can’t say that in Toronto. They’ve had a record amount of snow. They had more snow in January than Toronto has had all winter: 104 centimetres of snow, a record for January.”

At midweek, 250 cms of snow had fallen in Ottawa this winter, compared to 98 in Toronto.

It’s been a crazy few weeks for dramatic weather, and Environment Canada warnings from coast to coast. On Wednesday, Phillips said he got a call from a media outlet in Winnipeg that was effectively looking to gloat because Manitoba was the only province not experiencing extreme cold or snow alerts.

Even ever-mild Victoria, B.C., where Phillips says “people don’t even own shovels,” had tee-times interupted. That city has already set a February record for snow with 68.3 cms.

“We had so much Arctic air across the country, and, what was most unusual, was that we had winter storm warnings or snowfall warnings for Vancouver, Montreal and Toronto at the same time,” said Gillham from The Weather Network.

“The cold has been severe in the Prairies and that Arctic air has been spreading west into B.C. and east into the Great Lakes. It’s just a remarkable air mass that has been very persistent.

“A lot of people a month ago were saying, ‘Where’s winter?’ Now they’re saying, ‘Make it stop! When’s it going to end?’ ” 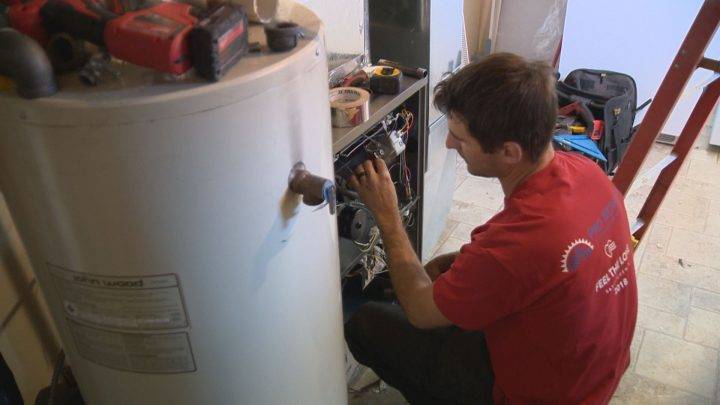 As many families gather to celebrate Thanksgiving, two Saskatoon families have an extra reason to be thankful this year.

They were given the gift of warmth Saturday, in the form of a new furnace, as part of the Feel the Love Campaign.

One of the recipients of a new furnace was Marilyn Nowlin. Her niece who nominated her, Tanya Nowlin, says this will be a welcomed change.

“The house is never truly warm, and she was finding her energy bills were going so high and she works at SARCAN, so it’s basically minimum wage,” Tanya said. “So when you’re trying to heat this big home and you have a very small furnace, her energy costs go up really high.”

Initially, Tanya kept the fact that she nominated her aunt a secret, but when she finally told her she had won, Marilyn was shocked and then asked, “Well, how lucky can I get?” according to Tanya.

The furnace in the Nowlin home was 20 years old.

“It’s amazing,” Tracy said. “There is no way we could have ever afforded a new furnace. Actually, a few years ago, she actually had parts put into the furnace she has — that alone was a financial endeavour, so to speak. So to actually put in a new furnace, I really have no words to express just how much it means because it’s something that would’ve been a great financial hardship for her.”

The furnaces along with their installations, which typically costs anywhere from $4,000 to $7,000, were all donated by Lennox, Ball & Sons Heating Company Limited and Pro Service Mechanical.

“Our motto is neighbours helping neighbours, and really as a company and the companies that are helping out, it’s about giving back to the community,” said Lennox Industries Territory manager Cam Yelenik.

Just around the block from the Nowlin home, is where the next recipient of a new furnace lives.

Hilda Legge was nominated by her son and granddaughter.

“They just knew that it was something they had to do to make sure that they were safer and they slept better,” said Legge’s daughter Brenda Yuzdepski.

The phone call after Legge found out she won was full of excitement.

“I happened to be in Italy when I phoned and I said, ‘How are things?’ and she goes, ‘I won the furnace, I won the furnace!’” said Yuzdepski. “And she was so appreciative.”

The furnace being replaced in the Legge home is the original furnace from when the home was built in 1961.

“You never know if there is going to be a crack in the air exchange or carbon monoxide or anything like that,” Yuzdepski said.

And the new furnace is helping to provide more than just warmth, but peace of mind for Legge’s children.

“It allows them to stay in the house longer and knowing they’re safer, it lets us, the kids, sleep a bit better at night,” said Yuzdepski.

The Feel the Love Campaign took place in communities across North America, including in Regina and Prince Albert.