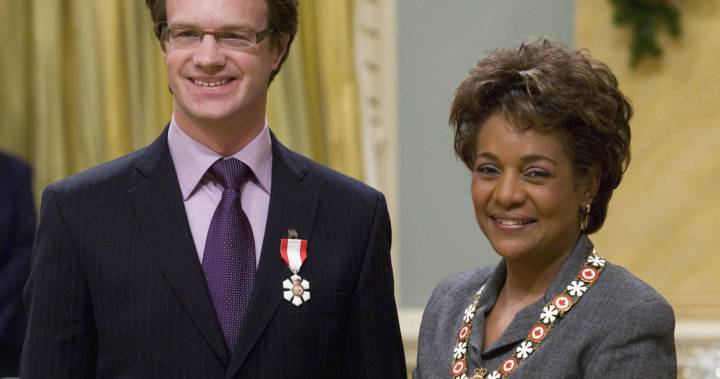 Canadian comedian Mark Rowswell, a.k.a. Dashan, admitted to wearing blackface and apologized for it in a series of Twitter posts on Friday.

Rowswell detailed how he had worn blackface when he was in high school in 1984 as part of a costume that had him play a member of the band The Temptations.

“Four of us white kids growing up in the suburbs of Ottawa pretended to be The Temptations singing ‘My Girl’ at a school assembly,” he wrote. “I meant no disrespect, but it was wrong. I am sorry.”

I performed in blackface in high school in 1984. I meant no disrespect, but it was wrong. I am sorry. I don’t believe any of my friends understood the historical context or racist implications. It’s not hard to remember dumb things you did 30+ years ago, so let me share this: 1/ pic.twitter.com/rNycFD2vfP

Rowswell explained that he and his friends did not have an understanding of the “historical context or racist implications” of blackface.

WATCH: Gucci, Walmart and other brands pull items due to racial insensitivity

“I overheard one teacher quietly ask: Isn’t that racist?” he wrote. “I had no idea what they were talking about and thought the question was bizarre. How could this be considered racist?”

I overheard one teacher quietly ask: Isn’t that racist? Our drama teacher emphatically responded that it was fine. At the time I had no idea what they were talking about and thought the question was bizarre. How could this be considered racist? 4/

Blackface has a controversial history. In the 19th century, white men in the United States would use it as a form of entertainment, creating caricatures of black people that included large mouths and lips. These performances would stereotype black people as ignorant, hypersexual, superstitious, lazy and prone to thievery and cowardice.

The Jim Crow laws that enforced racial segregation in the U.S. South got their name from a character played by a blackface performer.


READ MORE:
Sex, blackface and a lottery: What’s going on in Virginia politics?

The act has gained more attention recently with the admission by Virginia Gov. Ralph Northam that he wore blackface while in college after a photo surfaced from his page in a 1984 medical school yearbook of one man in blackface and another in a KKK costume.

Northam denied being in the photo but admitted he wore blackface during college to impersonate Michael Jackson.

Later, Virginia’s Attorney General Mark Herring also admitted to wearing blackface in college in 1980 while dressing as a rapper.

Florida Secretary of State Michael Ertel resigned last month after a photo surfaced showing him wearing blackface and dressing as a “Hurricane Katrina victim,” and an old photo of The View host Joy Behar has surfaced of her wearing blackface for a Halloween costume.

Rowswell has found immense popularity in China, where he is known as Dashan. He has received the Order of Canada and was named Canada’s goodwill ambassador to China by former prime minister Stephen Harper in 2012.

—With files from the Associated Press