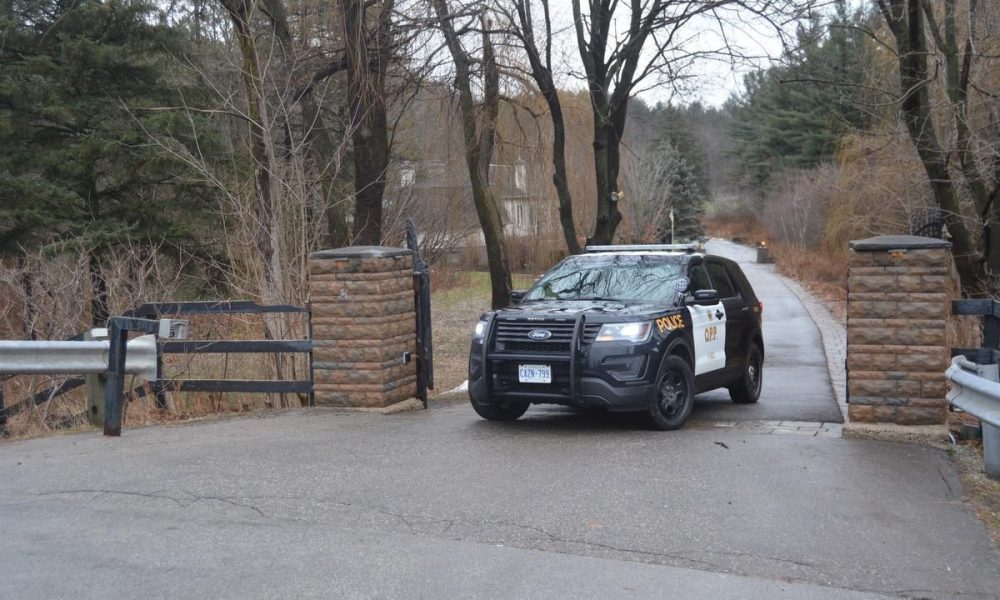 Tyler Swartz is being remembered as a caring and sensitive teen who had for years devoted time to charity work.

Swartz, 18, was found dead on Dec. 27 by Caledon OPP at the home of former Dragon’s Den star and business entrepreneur, Michael Wekerle.

Jonathan Weir is charged with first-degree murder in Swartz’s death. Weir, 20, will appear next in Orangeville court on Jan. 21.

There’s a court-imposed publication ban on the case.

On Dec. 28, an OPP SUV blocked the driveway to the gated house, just outside the community of Cheltenham. There was also a CTV van across the street from the property.

According to documents obtained by the Caledon Enterprise, Wekerle is listed as the owner of the 80-hectare property on King St., east of Mississauga Rd., where Caledon OPP were on the scene.

The property has been known for its yearly charity concert event, Wekfest, featuring acts such as Snoop Dogg and Sloan.

Swartz attended high school at the Blyth Academy at the Thornhill campus, until 2017.

According to his LinkedIn profile, he was going to Sheridan College to become a plumber.

He was also an aquarium enthusiastic and hoped to one day open a fresh water aquarium business.

He had a part-time job at Jacob’s Deli — which coincidentally closed down over the Christmas holidays.

Since he was 8 years old, he went once a week to volunteer with his older brother with the Friendship Circle, an organization for children with special needs.

Esther Grossbaum, co-ordinator of the program, said that in 2017 Swartz received the City of Thornhill’s longest standing volunteer award for his service.

“He was a very caring individual,” Grossbaum said. “An angel of a kid.”

The Friendship Circle brings together teens with special needs youth either in home visits or at a two-hour program at the centre.

Swartz did well helping their special needs clients, said Grossbaum. For the last few years he worked with one youth in particular.

“This is a very challenging client,” explained Grossbaum. “(Swartz) did amazingly well.”

When Swartz left to go to college, the organization couldn’t find another suitable volunteer for the client.

Family and friends held a private funeral for the teen on Dec. 31 at the Steeles Memorial Chapel.

A man who answered the phone at what is believed to be Swartz’s family home said, “We don’t want to comment.”

Karen Martin-Robbins is a reporter with the Caledon Enterprise. Reach her at kmartinrobbins@metroland.com and follow her on Twitter @karenmartinrob6