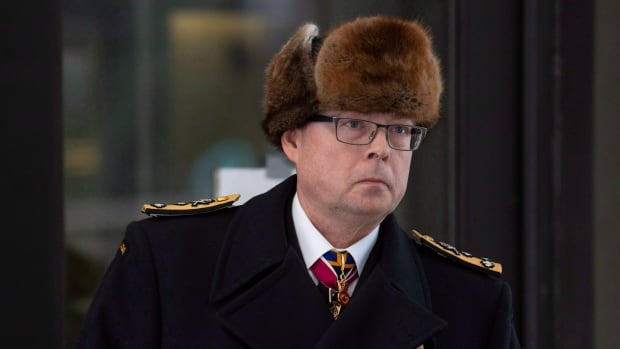 Several major government figures at the centre of the criminal case against Vice-Admiral Mark Norman have not searched their personal email and phones for correspondence relevant to the case, despite the instructions of court-ordered subpoenas.

Zita Astravas, who serves as the chief of staff to Defence Minister Harjit Sajjan, was called to testify Thursday at a pretrial hearing in the breach-of-trust case against Norman.

She said the advice she received from lawyers at National Defence was that she was required only to surrender communications from her work-provided BlackBerry phone.

Norman’s defence team, led by Toronto lawyer Marie Henein, has been fighting in court for the disclosure of thousands of federal government documents — and have accused the federal government of conducting a selective and haphazard search for those documents.

In testimony Wednesday, Chief of the Defence Staff Gen. Jonathan Vance acknowledged that he had not searched his personal email or his iPhone for anything that might relate to the case. Gen. Vance has insisted he doesn’t conduct any work-related business on his non-government devices.

Norman, the former commander of the navy, has been charged with one count of breach of trust and is accused of leaking cabinet secrets related to a $668 million contract to lease a supply ship for the navy. He was suspended as the military’s second-in-command in January, 2017.

Astravas was director of issues management in Prime Minister Justin Trudeau’s office between November 2015 and August 2017 — the time period when the criminal investigation involving Norman first became public. She would have been the public servant tasked with briefing the prime minister on important issues and daily crises.

Astravas testified she didn’t know if her former email account had been searched in response to a subpoena issued by Norman’s lawyers.

Robert MacKinnon, the federal lawyer responsible for the record search, told the court the instruction given to all departments was that all devices must be searched. He said that instruction will be repeated.

​The pre-trial hearing has focused largely on the collection and production of communications relevant to the case. The actual trial is scheduled to begin in August, just months before the federal election.

Henein asked Astravas if she is aware of any communications within government about the timing of the case.

« Do you recall having any communications about delaying this trial or about the timing of this trial? » she asked.

On Tuesday, the defence team produced a list of words used in documentation to refer to Norman that it had obtained through Access to Information. They include Kracken, MN3, C34 and The Boss.

Vance said the military routinely uses jargon, acronyms and pseudonyms and he didn’t see anything on the list that he thought would qualify as a ‘codename’.

The list released to the defence team through the access request did not include any terms used in Sajjan’s office, which claimed a ministerial exemption from the request.

Astravas said after she received a subpoena to appear in court late Wednesday, she asked her staff to make « best efforts » to check if other pseudonyms for Norman had been used. She said they did not come up with additional terms.

Henein asked if Astravas knew of the terms « the certain naval officer, » « a certain naval fellow » or a « a naval colleague » being used, but Astravas said she could not recall.

Norman’s defence team has been engaged in legal wrangling with government lawyers over the the release of documents deemed relevant to the case.

Henein described the situation as « quite extraordinary, » with the government asserting cabinet confidence over certain documents and the defence securing subpoenas to obtain those documents.

Crown lawyer Barbara Mercier suggested the defence is trying to prolong the process to « kingdom come. »

« I have a very strong feeling that this has been a very large fishing expedition, » she said. 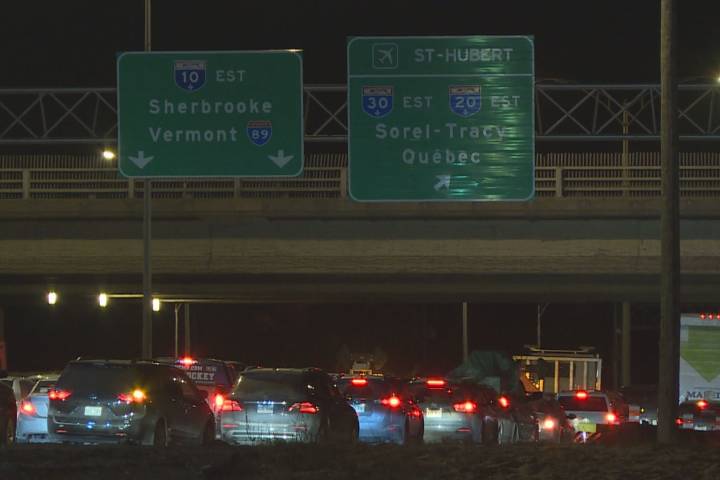 Quebec provincial police are looking for witnesses of a fatal crash on Highway 10 in Montreal’s south shore.

On Dec. 27 around 5:30 p.m., a 42-year-old driver heading west on the highway between Brossard and Chambly lost control of her car.

According to investigators, the car crossed the median, veered into the eastbound lanes and hit two cars.

The driver was killed in the incident.

Her husband and child, who were in the car with her, as well as the drivers of the other vehicles, were all injured and brought to hospital. 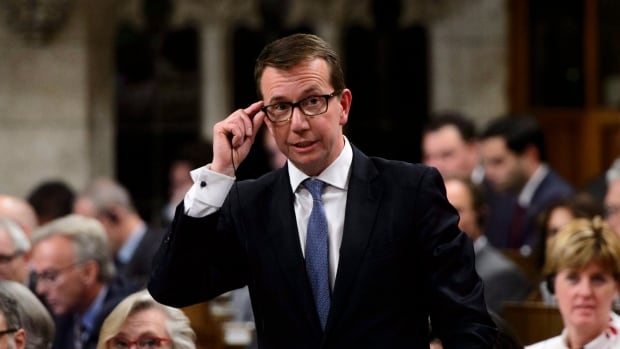 The Crown in Vice-Admiral Mark Norman’s breach of trust case tabled its witness list today — and it reads like a political, military, bureaucratic and business who’s-who of official Ottawa.

The list, dated July 5, 2018, was presented to the Ontario Superior Court on Friday during pre-trial arguments over the disclosure of federal government documents requested by Norman’s defence.

Federal Treasury Board President Scott Brison, Environment Minister Catherine McKenna and former Conservative defence minister Peter MacKay are among 24 witnesses who might be called to testify against the former commander of the navy.

The list was presented to Judge Heather Perkins-McVey to help her decide on the relevance of documents being requested by the defence.

It is subject to revision. The Crown is under no obligation to call each person and no subpoenas have been issued yet.

The trial will not get underway until next August — just before the next federal election campaign kicks off.

During submissions on Friday, Norman’s lawyer, Marie Henein, said the Liberal government has been watching the case closely for political reasons.

« We have a variety of information that would suggest that there are explicit discussions between the PCO and the PMO office about the timing of this trial as it affects the next federal election, » she told the court.

Norman is accused of leaking cabinet secrets to executives at the Davie shipyard, in Levis, Que., in the run-up to the signing of a $668 million lease contract for a temporary navy supply ship.

He is also alleged to have leaked the results of a Liberal cabinet decision to temporarily put the program on hold in November 2015 to a now-former CBC reporter, James Cudmore — who is also on the Crown’s witness list.

Spencer Fraser, the Davie executive whom Norman is alleged to have fed secrets, is another one of the names on that list. So is Kevin McCoy, the president of rival Irving Shipbuilding.

The country’s top military commander, Gen. Jonathan Vance, is on the list, along with the current commander of the navy, Vice-Admiral Ron Lloyd, who was Norman’s deputy at the time the leased supply ship deal went down.

There are a number of senior current and retired members of the military, as well as current and former officials at Public Services and Procurement Canada, who may end up being called to testify.

Brian Mesereau, chairman of Hill+Knowlton Strategies Canada, one of the biggest lobby firms in Ottawa, is also named as a potential witness.

Crown lawyer Mark Coven told the judge Friday the list has been through several revisions since he and his colleagues began drawing it up. 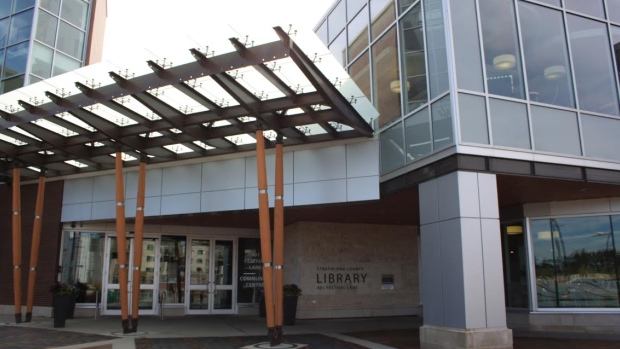 RCMP are responding to a fire at Strathcona County Community Centre in Sherwood Park. Witnesses who spoke to CBC News report hearing an explosion at the building.​

Chelsea Thoen was at the Strathcona County Library Tuesday night when she heard a « huge bang. »

« The whole building was shaking and you could barely hear anything except for everything shaking, » Thoen said.

Thoen said alarms started going off and those in the library began evacuating the building. She told CBC News that a firefighter told her to get out and « start running. »

Police have blocked off the roads in the area to investigate and are asking the public to stay away from the area due to safety concerns. 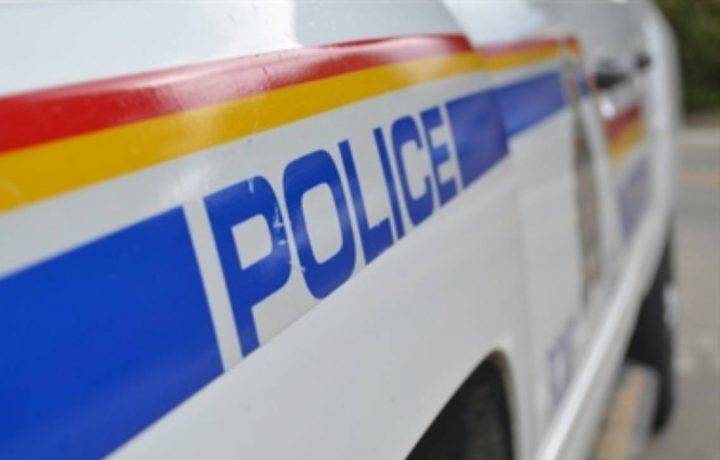 The Northeast District RCMP in New Brunswick is requesting information from the public regarding an assault that took place outside a local bar earlier this month.

On Saturday, Oct. 6, a 20-year-old man was leaving a bar on boulevard J. D. Gauthier in Shippagan. Police say he was then attacked by a group of four or five people. He suffered serious injuries after the early morning assault.

Police are requesting anyone with information about the incident, or who may have witnessed the crime, to contact the Lamèque detachment at 506-344-2006.

To remain anonymous, information, can be provided through Crime Stoppers at 1-800-222-TIPS (8477), or by Secure Web Tip at www.crimenb.ca.