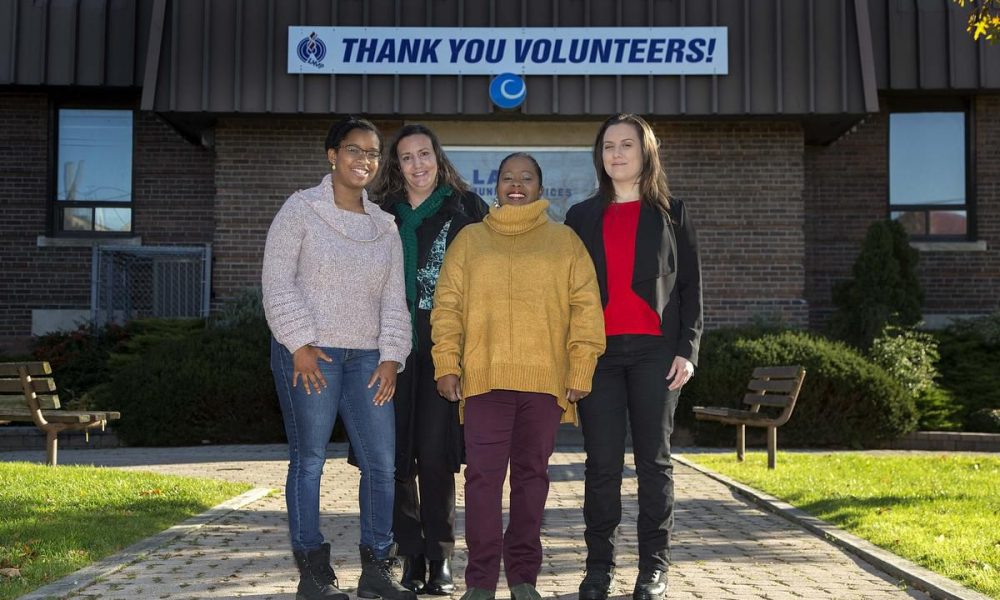 Cheryll Case had barely graduated from Ryerson University last year when she made a splash as an urban planner with a project that laid a map of the city’s zoning boundaries over census data.

Her peers are still hailing the work that shows how vast tracts of Toronto are effectively overhoused, squeezing younger, less affluent residents into smaller areas.

But rather than joining Toronto’s urban planning establishment, Case’s after-graduation encore is a project called Housing in Focus, which challenges the status quo in her chosen field.

Using grants from the Laidlaw and McConnell foundations, Case, 23, organized a series of workshops, drawing about 140 participants from low-income areas — people she says have little say in how their neighbourhoods are developed — and asking for their ideas on how to make more affordable housing in vibrant, well-serviced communities.

The ideas Case collected ranged from a waterfront marketplace in Etobicoke to new rules that would allow residents to convert their garages into homes — something that might provide more affordable shelter since it doesn’t involve buying more land.

“As a planner trained to think a certain way, I have certain ideas of what good development looks like. Talking to these communities they had different ideas about really cool, neat ways to build complete neighbourhoods,” she said.

Affordable housing was the jumping-off point for the discussions. But the participants talked about their desire to mix subsidized rentals with market-rate units, to build equity through co-ops and rent-to-own programs.

“They’re open to providing opportunity. They acknowledge that to have opportunity you need to have development,” Case said. “They see really holistically the way you can use development to build more affordable housing, to build more culture, more vibrancy in the neighbourhood.”

Participants in six workshops were drawn from community groups and services in Etobicoke, Scarborough, Weston, Parkdale and the Danforth area. There were also five workshops dedicated to building youth engagement — developing their leadership and research skills.

The women, who meet at a weekly cafe at Women’s Habitat in the Etobicoke Lakeshore area, are hungry for opportunities and believe they have a role to play in making their neighbourhood function better, said Jennifer Oliverrie, a transitional and housing support worker, who helped co-ordinate one of Case’s workshops.

“They want their neighbourhood to be safe. Women who use our services need rent geared to income housing,” she said.

Oliverrie cited an example of a building in the area where some of the agency’s clients live for which rent on a two-bedroom unit jumped from $750 a month plus hydro to $1,775 in less than two years.

Those women wanted to see more consideration given to shared accommodation — something similar to a program that connects seniors with students who exchange affordable rent for help around the home.

“If seniors can do this why not other individuals?” she said. “Why not youth, why not people with families … to help them not use their entire paycheck plus their child benefit to pay rent.”

Gerry Dunn of the Danforth Village Community Association admits he was skeptical when Case approached him about helping organize a workshop.

“She presented a document, an outline of her idea. At first I thought it’s a bit academic. It’s like somebody looking for a thesis,” he said.

He said he was leary right up until the event.

“What she did was fairly spectacular. There were four tables of about 10 people each. Not a big crowd but they got going. They were engaged,” Dunn said.

If he has any criticism of the project it’s that, so far, it was a one-off.

“The question that is on everybody’s lips is, ‘Where do we go from here, what’s next,’” he said.

Case says she is developing a report on the workshop ideas that will be released later this month and distributed to the city and as many planners and housing professionals as possible.

Although community consultations are part of virtually every development project in Toronto, Case thinks there’s room for improvement.

“These communities, when I’m talking to them, they’re feeling they’re not included or they’re not being asked the right questions or they’re not being invited to the right spaces. I’m trying to help both sides figure out what conversations do we need to have, what kind of spaces do we need to build to make sure everybody is included in the decision-making process so we can actually develop an adequate supply of affordable housing that meets all our needs,” she said.

If it sounds like advocacy, Case insists she is a planner first.

“As a planner, I’m seeing a gap I’m trying to fill — discussions with people who are underserved.”