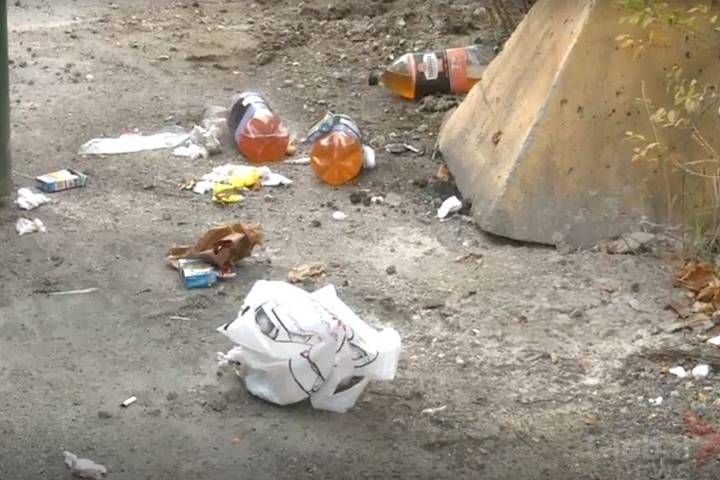 “It’s really scary for our children. I’ve had the police here multiple times.”

Lily Grinnell is going public, speaking out about a problem that is usually associated with downtown Kelowna — the homeless, along with the drugs and the garbage.

Grinnell, however, doesn’t live anywhere near downtown. She lives in the Lower Mission.

During the past year, Grinnell says groups of homeless have started making themselves at home on her property.

Grinnell does have compassion for the people invading her privacy. She’s come to know some of them and their stories, including a young woman who frequents the area.

Still, Grinnell fears for her safety.

“I’m scared sometimes that they’re going to break-in at night.”

A nearby neighbour didn’t want to go on camera for fear of retribution, but told Global News they recently found a homeless man in their boat with a bag of drugs and needles.

The homeless have also been found in the neighbour’s vehicle.

Anne Perry lives in a condo on Cedar Avenue — next to Grinnell’s house. She says after an attempted break in and other incidents, she no longer feels safe in her neighborhood.

“No not really. Some of them are quite harmless,” said Perry. “They’re just, I don’t know, I suppose I can’t say bad words for them I guess, but some of them are not — you just don’t know what they’re going to do.”

Global News asked the RCMP to comment on the situation on Cedar Avenue. They played it down saying:

“Since September 1st, RCMP have responded to only a small number of complaints (2) in the vicinity of Cedar Avenue with respect to suspicious or unwanted persons. A response from police is unlikely unless the individuals are found to be committing a criminal offence.”

But off the record, Grinnell says police tell a different story.

“It’s just gotten so much worse in the last year. The police even said that to me,” said Grinnell. “One police officer yesterday was saying that he’s been here a year and said it’s so much worse just even in a year. It’s just getting worse and worse.”