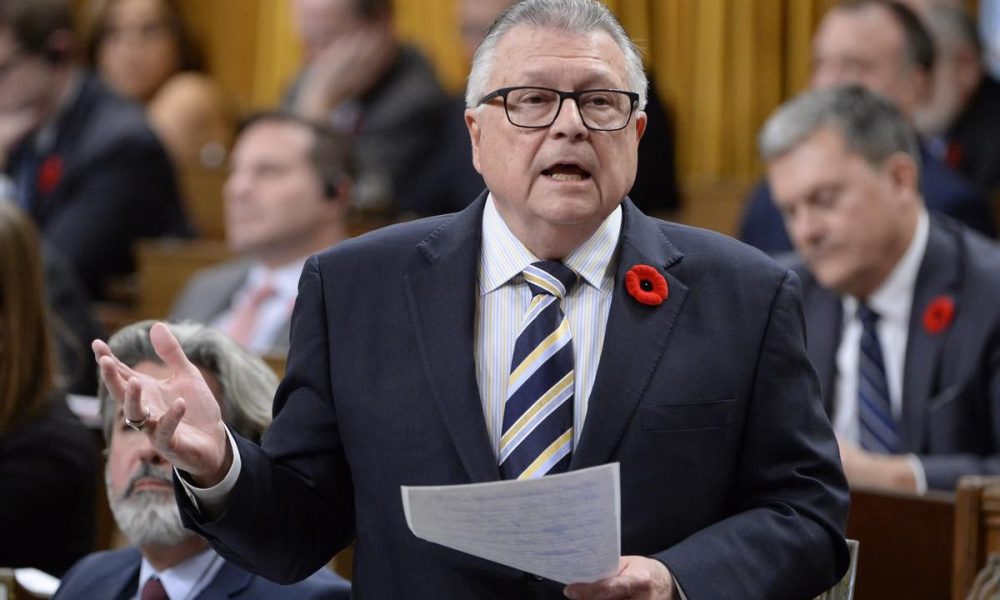 OTTAWA—The federal government is facing calls to provide funding for armed police protection for synagogues and other religious sites in the wake of the deadly shooting at a Pittsburgh synagogue.

Conservative MP Peter Kent, who represents Thornhill, said he’s been approached by concerned congregation members and officials worried about their safety and seeking federal help to beef up security.

“Synagogues in my community are concerned,” Kent told reporters in Ottawa on Wednesday.

On Wednesday evening, members of the Chabad Flamingo synagogue on Bathurst St. gathered to discuss the horrific events in Pittsburgh and ways to better protect their own place of worship.

Toronto lawyer Arnold Recht, a congregation member who also has a role in organizing security, said the mood is “anxious. Very, very anxious.

“Here people are going to worship at their individual houses of worship and you have to worry about your own safety and security. It’s insane,” he said.

Recht said that even before Saturday’s tragedy, his own synagogue had taken steps to boost security. On Saturdays, when services are held, all doors in the building are locked except for one where a paid-duty police officer sits with a congregation member to identify those who enter. But Recht wonders whether that would even be enough to stop a determined attacker.

Recht said wrote this week to Ralph Goodale, the federal minister of public safety, to appeal for Ottawa’s help to pay for security for places of worship. He said he’s still waiting for a response.

The call for federal help comes at a time when anti-Semitic incidents are on the rise in Canada and the United States. Without the promise of support, Recht is worried that some congregation members may take matters into their own hands to ensure their safety.

“Where you have a government that is not reacting to the circumstances at hand, I think anything is possible,” he said.

The federal government already has a program that provides funding to offset the costs of installing security for communities with a “demonstrated history of being victimized by hate-motivated crime.” It provides up to 50 per cent of the project costs to a total of $100,000.

In the wake of Saturday’s mass shooting, police forces in the Greater Toronto Area said they would step up patrols of places of worship. But Kent said most police forces are “stretched far too thin to provide more than occasional presence.”

As a result, Kent said that some synagogues already arrange to pay police officers to be on-site for special events, like Saturday services, and even during the week when day schools and other community activities occur.

But the costs are “very significant” and not all congregations can afford to pay for police protection, Kent said.

“Smaller congregations with fewer resources struggle to provide even those sorts of things,” he said.

Kent said the security concerns go beyond synagogues to include other places of worship, notably mosques after a Muslim place of worship in Quebec City was the scene of a deadly attack in 2017 that left six dead.

In a statement, a spokesperson for Goodale said the government has increased the pool of funding to pay for security upgrades for communities at risk of hate-motivated crimes and broadened access to the program. But Scott Bardsley said the department was open to ways to “enhance the program” after Saturday’s shooting, which he condemned as a “heinous act of anti-Semitic violence.”

“All Canadians should be free to practice their faith and culture without fear,” Bardsley said in an email.

“Our government . . . will continue to listen closely to safety concerns of the Jewish community and other groups at risk of hate-motivated crimes,” he said.