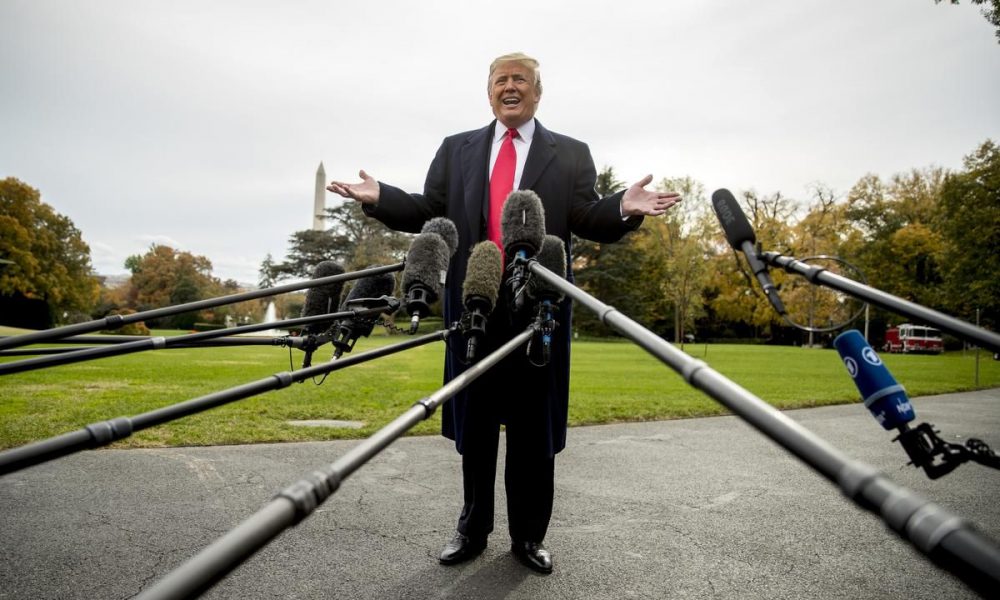 The right has seized the language of social change. The left has allowed this to happen.

Words like populism, which just a few years ago had neutral or even leftish connotations, are now associated exclusively with Donald Trump.

Even the notion of nationalism has been surrendered to the right. Once Trump described himself as a nationalist, his critics began to demean the word.

“A globalist is a person that wants the globe to do well, frankly not caring about our country,” the U.S. president said in Texas recently. “And you know what? We can’t have that … I’m a nationalist, OK?”

Writing in Esquire after that speech, journalist Jack Holmes noted, correctly, that U.S. and global aims are not necessarily at odds with one another.

But then he went on to disparage nationalism itself, saying that in Trump’s America it represented sexism, racism and the attempt to preserve white privilege.

It was not an uncommon reaction among progressives. But it had the practical effect of allowing Trump’s appropriation of “nationalism” — a word with generally positive connotations in the U.S. — to stand.

Right-wingers, such as former Trump adviser Steve Bannon, have also taken over the term “economic nationalism” to describe their approach. In Canada, where economic nationalism has a long and venerable history, this seems particularly odd.

The Canadian Auto Workers, now Unifor, cited economic nationalism as one of the key reasons for breaking from its U.S. parent union. Under the banner of economic nationalism, the New Democrats forced Pierre Trudeau’s minority Liberal government to set up a publicly owned Canadian oil company.

In those days, economic nationalism was seen as a check on what used to be called American imperialism. Now the word has been appropriated by those who would expand that imperial reach under the slogan “Make America great again.”

But the biggest rhetorical victory of the right has been its capture of the term “populist.”

Historically in North America, populism has had both left and right variants. Some were anti-immigrant and racist. But the most successful, such as the People’s Party of the late 19th century or the Progressives of the early 20th were left-leaning.

In 1919, the agrarian populist United Farmers of Ontario won power at Queen’s Park. In the ’20s and ’30s, the left-populist Progressives forced a reconfiguration of Canadian politics federally. Later in the century, a new right-of-centre, national, populist party called Reform forced another one.

In short, populism has been no stranger to either Canada or the U.S. So it seems odd that it has become, among left-liberals, a dirty word. Trump may be a populist. But so was the NDP’s Tommy Douglas.

Bannon may call himself an economic nationalist. But so does Mel Watkins, the University of Toronto economist who helped to redefine Canadian politics in the 1970s and ’80s.

How did his happen? In part, we have forgotten our own history. Trumpism is not new. It is a big-man version of politics that in some ways echoes the time, decades ago, when Huey Long ran Louisiana and Mitch Hepburn controlled Ontario.

But in part we are ignoring the real game. In both Canada and the U.S. the left is finding itself trapped in the dead end of identity politics where the key aim is to divide the world into as many subsets as possible, each with its own particular grievance.

That has left it to the hard right to exploit the bigger, common grievances — of work, and wages and social class.

We have not only surrendered the field to the Trumpians. We have willingly allowed them to monopolize its language.