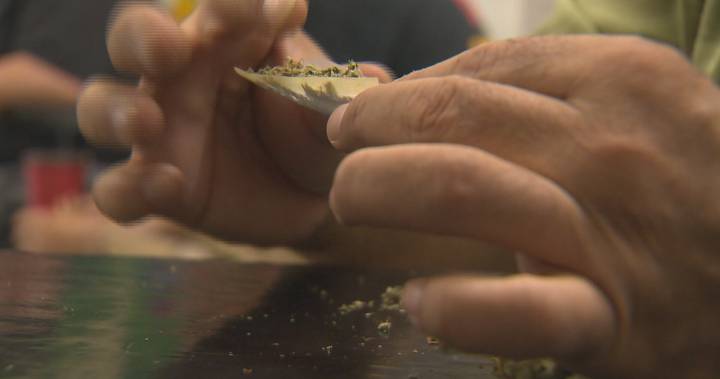 Two Yorkton, Sask., men have been fined and handed suspensions for hunting while under the influence of marijuana.

Saskatchewan conservation officers said the men were found in a vehicle parked on Wildlife Development Funds lands near Calder, Sask., in September 2018.

Signs in the area state the lands are “foot access only.”

Officers said there was a strong smell of burning marijuana when they approached the vehicle.

An unspecified amount of marijuana and a loaded firearm were found in the vehicle during a hunter compliance check, Environment Ministry officials said.

Timothy Eashappie, 37, and Colby Barnhardt-Peepeetch, 20, were charged with hunting under the influence of a narcotic and possession of marijuana.

Eashappie was also charged with driving with a suspended licence and operating a vehicle on wildlife lands. He was fined a total of $1,250.

Barnhardt-Peepeetch was also charged with having a loaded firearm in a vehicle and fined a total of $1,480.

Officials said hunting under the influence of alcohol or narcotics is not only illegal, but extremely dangerous. 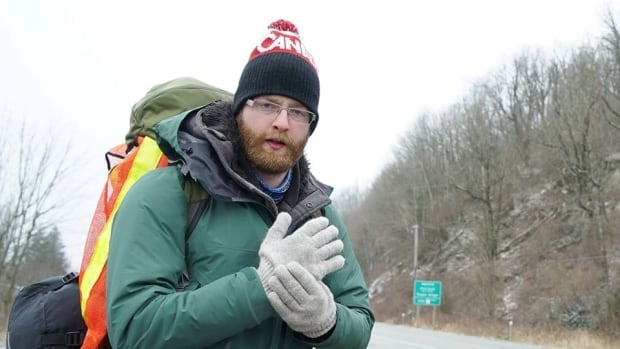 It was mid-February when Zayell Johnston splashed water from the Pacific Ocean on his face in Victoria, B.C. and  set off on a long and often torturous nine-month trek across Canada.

The Yorkton, Sask., man, 27, would earn the nickname « Gump » from friends and strangers — in honour of the fictional movie hero Forrest Gump — as he logged 11.5 million steps on his Fitbit, trudging through snow, hail and rain in his push to fulfil a personal goal.

That’s right. He walked 9,000 kilometres across Canada just because he wanted to.

Most people who walk, run or bike across Canada do so to raise money for charity or awareness of an issue. But for Johnson, it was a personal journey.

He recorded videos along the way and gave the trip the title: « Just out for a walk ».

It all started seven years ago, Johnston recalls, when he graduated from high school and drafted a five-year « to do » list to keep moving forward in life. The list included finishing college, getting a job, backpacking across Europe, developing six-pack abs and walking across Canada.

« I don’t know how I got the crazy notion of walking across the country, but I didn’t want drive across it, » Johnson said. « At the end of the day, you can never see Canada in one go. All of Canada — I think it’s impossible, there’s too much. » 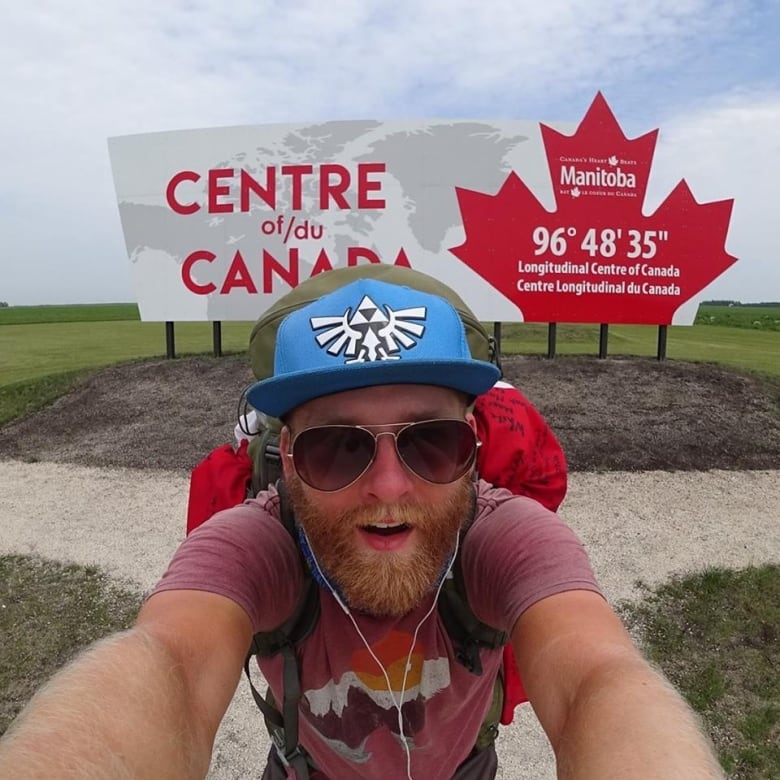 Zayell Johnston averaged 50 kilometres a day on his walk across Canada.

Before his succesful trek Johnston wasn’t having much luck checking things off of his personal list. He did spend two months backpacking in Europe, but was struggling in other parts of his life. After losing his job in Vancouver, he returned home to Yorkton and set his sights on completing a cross-Canada journey.

Why am I putting myself in this situation? Why am I torturing myself?– Questions asked of himself by cross-Canada trekker Zayell Johnston

« At the beginning of the journey, you could say I was running away to kind of to reflect on where I was at in life, » Johnson told CBC News.

He posted a picture of a highway on Facebook with the caption: « Oh travel be kind, I’m searching for some peace of mind. »

As with all trekkers, he knew the contents of his backpack would be vitally important. It weighed about 20 kilograms and included a tent, a sleeping bag, camp stove, long johns, two pairs of underwear and wool socks. He carried a GPS so his mother could track his movements.

He officially started his walk at Mile 0 of Trans Canada Highway in Victoria, which is also home to a statue of Terry Fox, whose attempt to across Canada on one-leg to raise money for cancer research made him a national hero.

Johnston had only walked for a couple weeks before hitting blizzard conditions on the Coquihalla Highway in the B.C. Interior. He spent a month working at a ski hill, then mailed his winter jacket home to his mother and kept heading east.

When he was pummeled by rain near Revelstoke, B.C., he did some serious introspection: « Why am I putting myself in this situation? Why am I torturing myself? » Johnston says he asked himself. « Like, nobody cares that you’re doing this. You don’t have to walk through this. »

But again, he had set a goal and was determined to achieve it. 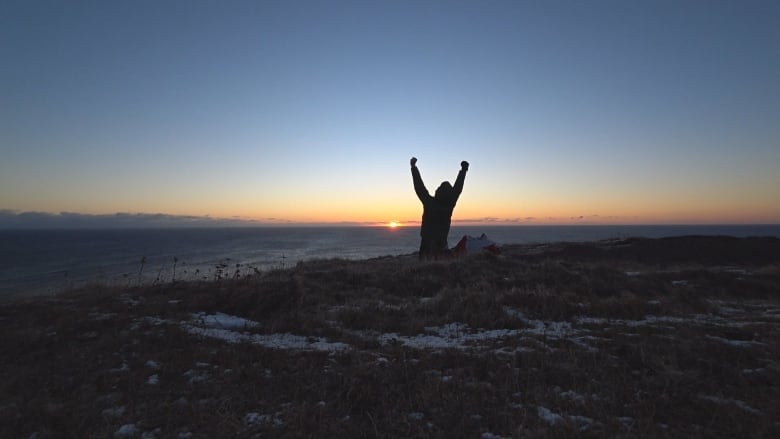 Zayell Johnston celebrates the end of his journey at Cape Spear, N.L, the easternmost point in Canada. ‘No words can describe this moment and no camera could truly capture how I felt.’ (Facebook/Zayell Johnston)

Over the next seven months, he soldiered through physical exhaustion and loneliness as he averaged 50 kilometres a day.

He wore out four pairs of shoes and choked down countless protein bars and peanuts. He also developed a deep love and respect for wool socks.

Johnston had a budget of $7,000 for equipment and necessities, but rarely used it for motels or restaurants. He pitched a tent in fields and private areas, and couch surfed at the homes of friends and strangers.  At times, he went a couple weeks without a shower or laundry.

That, he notes, is what made the kindness of strangers so remarkable at times.

« You can imagine what I smelled like in the middle of the summer, » he said. « But there were people scattered throughout northern Ontario who offered me a place to stay, and it was definitely appreciated because of the summer heat there. » 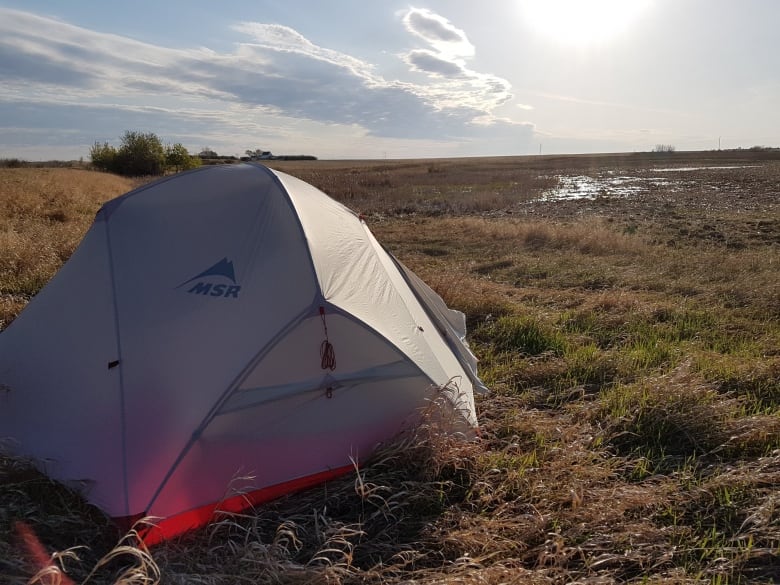 Zayell Johnston pitched a tent in fields and private spots as he walked across Canada, and rarely paid for a motel or campground. (Facebook/Zayell Johnston)

Johnston crossed the country, a step at a time, with only two tiny « cheats » when he felt he had no choice but to accept a ride.  One was near the B.C.- Alberta border when a forest ranger told him they were doing avalanche control with explosives. The ranger forbade Johnson from walking through the area, but offered him a 10-minute ride to other side of the blast zone. The second ride was from a stranger outside Winnipeg.

« I was walking through torrential downpours and hail for about 10 minutes, » Johnson said, when a truck pulled over, its  driver insistent on giving Johnston a ride to an underpass two kilometres away, where he could hide out from the rain.

When Johnston reached Thunder Bay, Ont., he pitched his tent near the monument that marks where medical issues force Terry Fox was forced to stop his cross-Canada run. Johnston says he was deeply moved by Fox’s words etched into stone:

« I just wish people would realise that anything is possible if you try. Dreams are made if people try. »

In mid-November, just before sunrise, Johnston stepped onto a cliff’s edge at Cape Spear, N.L., the easternmost point in Canada, for what he calls his « pinnacle moment. » He was 30 pounds lighter than when he started, his face covered with a long beard. Chilly winds slapped his face as he hoisted his backpack into the air and let out a triumphant yell.

« It was surreal, » Johnson said. « That moment was so brief, but the hard work took so long to get there. I wish those moments would last a little longer, but that’s just the beauty of it. The end. The payout. »

Johnston splashed his face with water from the Atlantic Ocean and recorded the final instalment for his video diary.

He wrote this caption: « No words can describe this moment and no camera could truly capture how I felt. »

Johnston had set up a Gofundme campaign to help cover expenses, but it only raised $620 and he didn’t need most of it. So at the end of his trip, he divvied it up and sent cheques for roughly $50 to the Canadian Mental Health Association branch in all 10 provinces.

Now that Johnston can check his cross-Canada walk off his list, he says he can move on to other goals, such as paying off his student loan, becoming a forest firefighter, and the continuing quest for those elusive washboard abs. 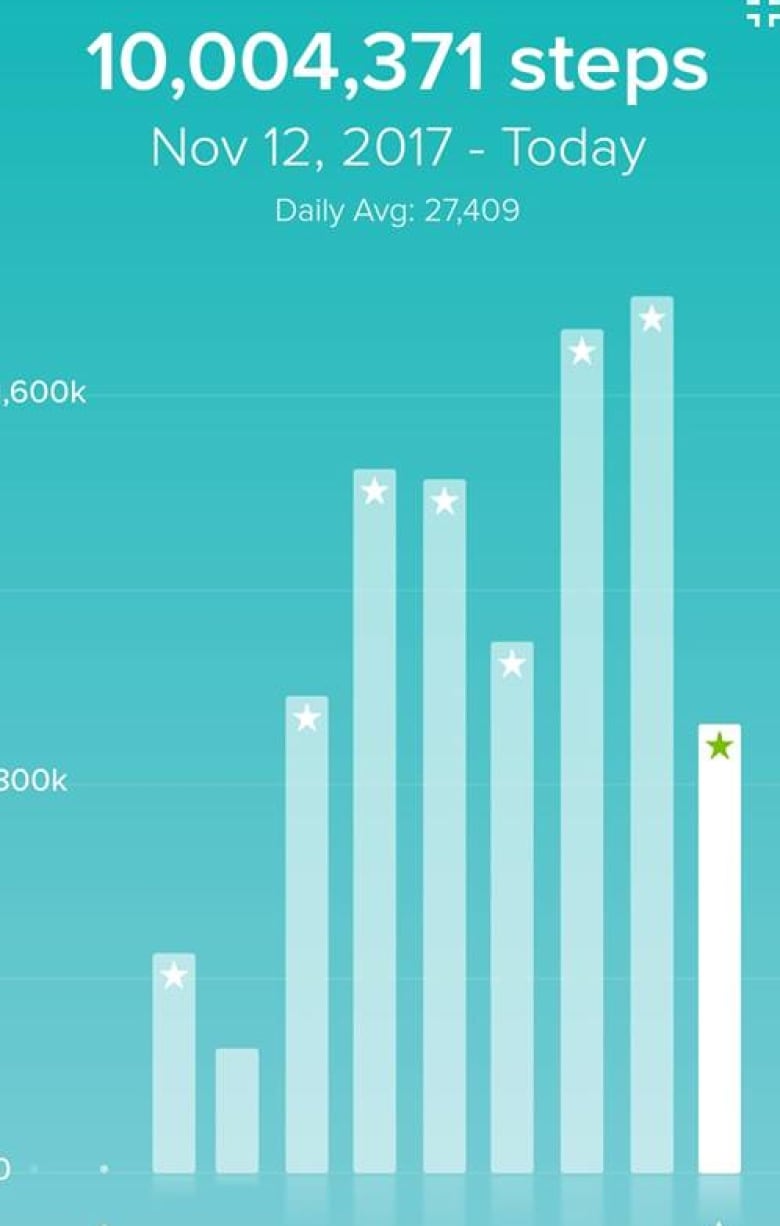