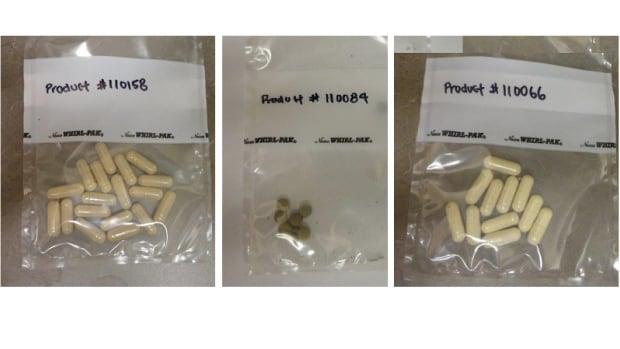 Health Canada is warning that products sold by ayurvedic clinics in B.C. and Ontario may pose serious health risks, after some were found to contain lead and mercury.

An advisory issued Monday said inspectors had seized products, ingredients and equipment from A1 Herbal Ayurvedic Clinic Ltd. in Surrey, B.C., and from an affiliated clinic in Brampton, Ont.

« The seizures came after the British Columbia Centre for Disease Control informed Health Canada of a case of heavy metal toxicity involving a patient who was using products from the Surrey clinic, » Health Canada said.

« Laboratory testing identified lead and mercury in the products. »

Lead and mercury are heavy metals that may pose serious health risks when consumed in excessive amounts. Children, pregnant women and breastfeeding women are particularly susceptible.

Symptoms of lead poisoning include:

Health Canada is warning against using all products by A1 Herbal Ayurvedic Clinic.

The BCCDC advises discarding all products by the clinic, and seeing a physician if you have used any of the products and are concerned about your health.

Ayurvedic products are used in traditional Indian healing practice and are often imported from India.

While many products can be used safely, improper manufacturing processes may result in dangerously high levels of heavy metals in the final product, health officials say. 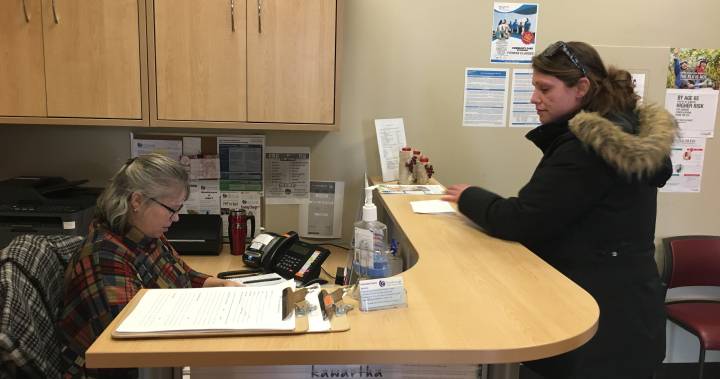 A new women’s clinic has opened up in Lakefield for women who don’t currently have a family doctor, and it’s focused on screening women for potentially serious health issues.

Happening at the Morton Community Healthcare Centre, the clinics are called Women’s Wellness.

“It was great. I got looked after the way I should have been looked after, which is really hard to find in this area,” said patient Emina McNeil, after her second visit to the Women’s Wellness clinic. According to McNeil, she has been looking for a new family doctor since hers left the area in November.

“I had signed up with a new family doctor and I was sick over the holidays,” McNeil recounted, “and she was so booked that I could not get in to see her, so I ended up coming here and they took me right away.”

The wellness clinic serves patients in Peterborough County, as well as people who are are visiting the area who don’t have a family doctor or nurse practitioner. The focus is to help women catch cervical cancer early.

“The actual need for family doctors and nurse practitioners is a lot more than what the statistics show. We’re anticipating that there’s going to be quite a few doctors around the same age retiring over the next few years,” said nurse practitioner Lorie Dunford.

On Tuesdays, the clinic offers services including pap smears, screening for colorectal and cervical cancer and arranging mammogram appointments. On Thursdays, it offers a blood pressure clinic.

“Our clinic is such that I give care and I give preventative full care until a doctor becomes available,” said Dunford.

The clinic is open from 9 a.m. until 5 p.m., and appointments can be booked by calling the PFHT clinic directly, or at the Peterborough location at the virtual health care clinic. 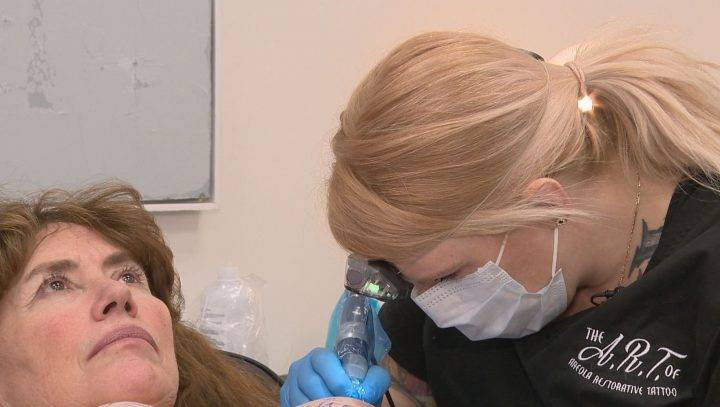 NOTE: The following story contains images of a sensitive nature.

“There were more tumors there than what showed up in the mammogram, so we had to go in for a mastectomy, just for survival rates,” she said.

In 2002, Swindlehurst went to get tested for a BRCA mutation and, after testing positive, she chose to have her other breast removed. She was left with scars from reconstruction surgery and radiation burns.


READ MORE:
We need to talk about dense breasts: Why governments are taking notice

Tattoo artist Stacie Rae tattooed 3D nipples on Swindlehurst a couple years ago, but now she wants a larger design to cover the scars.

“Instead of me having flowers or jewels, I really like to downhill ski and winter sports so we’re going to have some snowflakes in there,” Swindlehurst said of the design.

The tattoos can vary, from a realistic areola to a more cosmetic design. Swindlehurst called it a big boost for body confidence.

“I have no problem going swimming,” she said. “We own a boat, I have multiple swimsuits and stuff like that. But it would be nice to look in the mirror and have it have more symmetry and not have the scars showing.”

Weir has been tattooing since she was a teenager and has been full-time at it since 1996. After 15 years of regular tattooing, she started doing more specialized work.

“It makes such a difference in people’s lives,” Weir said. “It’s really fulfilling and rewarding work.”

“The breast cancer journey can take away so much from a survivor,” she said. “It can chip away their confidence in little ways that they don’t even recognize. Tattooing can be a great way to rewrite the trauma. You can rewrite the experience.”

Jody Stoski, owner of the Cinnamon Girl Clinic, is offering the free tattoos to a select number of applicants for Pink Day. In the community, it’s a respected procedure, Stoski said.

“For our community and the people that we work with, it’s very well known,” she said. “It’s a very respected art to have put on your body that’s safe and okay and is not going to interfere with your healing or anything related to cancer.”

— With files from Blake Lough 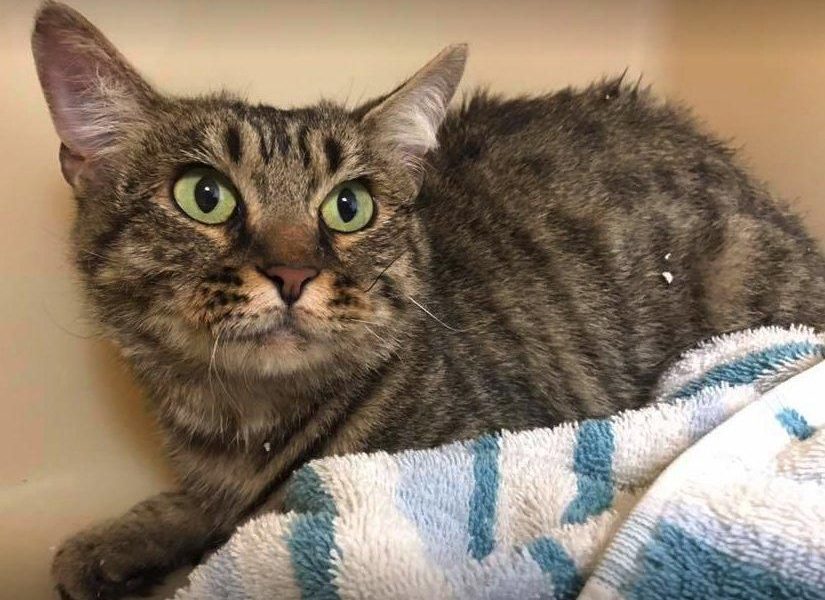 A lifelong cat lover is outraged after she found an abandoned little brown tabby that had duct tape tightly wrapped around her face, with only a small opening at the nose, outside a Burlington clinic Tuesday.

“We’re all horrified about this poor girl,” said Nicole Paling, founder of Every Life Matters Cat Rescue, who was shocked to find the animal on Tuesday outside Mountainside Animal Clinic in Burlington.

Paling had gone to the clinic, where she volunteers, on Industrial St., in the Guelph Line and Mainway area, with one of her rescued cats in respiratory distress.

Paling arrived at around 8:30 p.m., when she noticed a cat carrier in the parking lot.

“I figured it was a cat left there by mistake; some people think it’s animal control,” she said.

Upon closer inspection, she found the abandoned feline with silver duct tape tightly wound around her face. There was only a small opening at the nose.

“I was having a panic attack,” Paling said. “I’ve never seen anything like this. I could barely type in the security code (to the clinic).”

Paling immediately called her boyfriend, Brett Norton, who rushed to the clinic and needed about 10 minutes with a pocket knife to free the tabby.

Norton had to be very careful while freeing the cat.

“You couldn’t tell where her ears were, so I couldn’t use scissors. It’s an animal . . . you can’t let them go like that,” Norton said.

“The coward that did this did it under the cover of darkness. The cat was so thirsty, drinking like crazy afterwards, so who knows how long she was like that.

“You’re baffled how someone could do this.”

Paling spent much of Wednesday morning going through surveillance camera footage from neighbouring businesses. The footage shows the cat — now named Lucky — being left at the clinic at 7:25 p.m. Tuesday by someone in a dark SUV, which leaves the parking lot after three minutes.

“I’ve contacted police, but they say there’s nothing they can do without a witness,” said Paling, who says she’s rescued roughly 350 cats since starting her non-profit organization three years ago.

She also contacted the Ontario Society for the Prevention of Cruelty to Animals, and Burlington Animal Control.

“Imagine if this was a baby left like that, or a senior. It’s so unfair,” she said.

The tabby remains at the Mountainside clinic. She’s being checked out for any possible hind-end injuries, as she doesn’t like to be touched there.

Anyone who may have seen Lucky dropped off is asked to contact Paling at elmcatrescue@gmail.com.

Warning: Some readers may be disturbed by the following video.