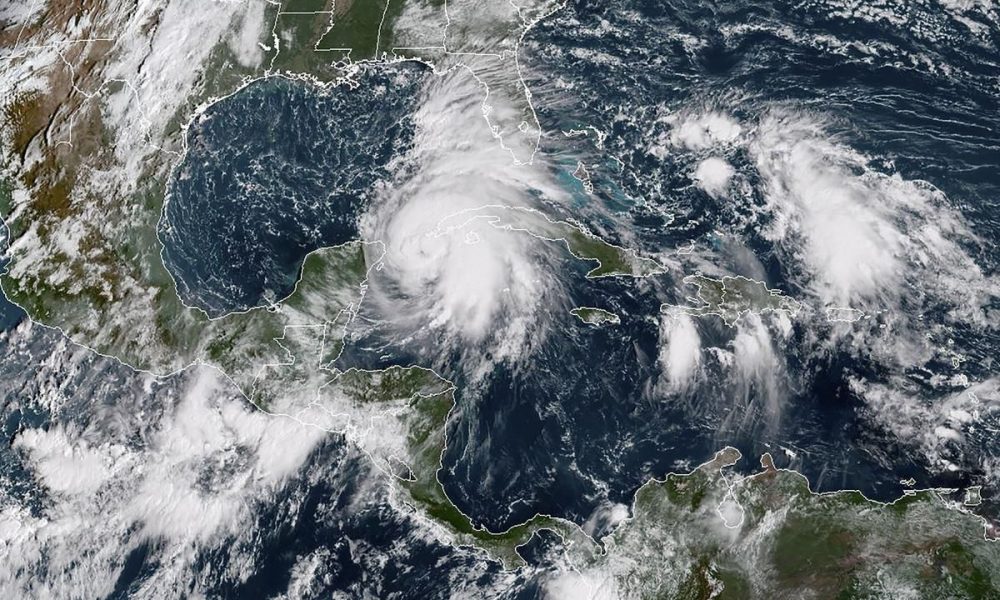 HALIFAX—A powerful hurricane set to hit Florida is on a path that could see it move just south of Halifax by the end of the week.

Michael has gained new strength over warm tropical waters amid fears it would swiftly intensify into a major hurricane before striking Florida’s northeast Gulf Coast, where frantic coastal dwellers are boarding up homes and seeking evacuation routes away from the dangerous storm heading their way.

A hurricane hunter plane that bounced into the swirling eye of Michael off the west tip of Cuba late Monday found wind speeds were rising even as forecasters warned the storm could reach major hurricane status with winds topping 179 kilometres per hour mph by Tuesday night. Anticipated landfall is expected Wednesday on the northeast Gulf Coast, where authorities warned of a potentially devastating strike.

After hitting the Gulf Coast, the Canadian Hurricane Centre has Michael’s track moving up the coast of the southeast United States, before then going back into the Atlantic Ocean. By the end of the week, the five-day track has the storm moving just south of Nova Scotia on Saturday morning, then slipping past Newfoundland on Sunday morning.

By the time it would reach Nova Scotia, Michael would be a post-tropical storm, but winds could still be in the ballpark of 110 kilometres per hour.

The Canadian Hurricane Centre has been keeping a close eye on several hurricanes this season, and their possible impacts on Nova Scotia, but so far nothing.

That could now change if Michael stays on its forecasted track.

Philip Croucher is a reporter and StarMetro bureau chief based in Halifax. Follow him on Twitter: @philip_croucher