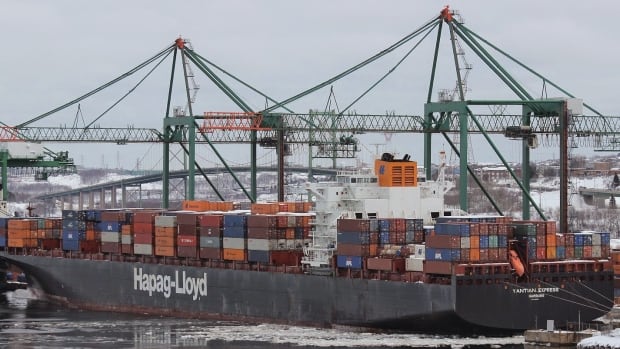 The U.S. Coast Guard says the entire crew of a large Nova Scotia-bound container ship about 1,500 kilometres southeast of Halifax is being removed, with efforts underway to fight a fire that has been burning on the vessel since Thursday.

« It’s simply because the fire is continuing. They have safety concerns just to go ahead and evacuate the crews. However, there have been no reports of any injuries, » he said.

Eleven of the crew members were already moved to the Smit Nicobar on Saturday. The tug’s crew is now in the process of fighting the fire on the Yantian Express, with the aid of improved weather conditions, Canup said.

The window for favourable conditions is expected to be short, with the potential that poor conditions could return later Sunday, he said. Poor weather also hampered firefighting efforts Friday and Saturday.

Meanwhile, he said another tug, the Maersk Mobiliser, is en route from St. John’s to tow the 320-metre ship to Halifax. It’s expected to arrive Sunday evening.

The international shipping company Hapag-Lloyd said the Yantian Express was en route to Halifax on Thursday when a fire started inside a container on the forward deck and then spread to several other containers. Coast Guard officials in Boston received a call for help early Friday.

Eight officers and 15 seafarers were aboard the ship, which was built in 2002 and is capable of carrying 7,510 standard 20-foot containers. It was en route from Colombo, Sri Lanka, to Halifax.

A cargo ship from the Netherlands, the MV Happy Ranger, was on scene Friday to offer assistance, but left after the Smit Nicobar arrived Friday night.

A spokesman for international shipping company Hapag-Lloyd, which owns the Yantian Express, told the Canadian Press Saturday that it was too early to assess damage to the ship or cargo. There was also no estimate for when the ship would arrive in Halifax.

Tim Seifert said in an email that the Smit Nicobar was equipped with fire monitors to assist with fighting the fire as weather permits.

Coast Guard officials are monitoring the situation and co-ordinating assets in the area « to make sure all safety and precautions are taken during this time, » Canup said.

A firefighting tugboat arrived Friday evening to help extinguish a fire burning aboard a container ship that’s about 1,500 kilometres southeast of Halifax, but weather conditions remain too poor for the crew to carry out its work.

The international shipping company Hapag-Lloyd said the 320-metre Yantian Express was en route to Halifax on Thursday when a fire started inside a container on the ship’s forward deck and then spread to several other containers.

« The weather and sea conditions are still difficult and further extinguishing work requires an improvement of these conditions, » said company spokesperson Tim Seifert in an email.

None of the Yantian Express’s eight officers and 15 seafarers are injured.

The ship was on its way from Colombo, Sri Lanka, to Halifax via the Suez Canal.

Seifert said it’s not clear when the vessel will arrive in Halifax.

A cargo ship from the Netherlands, the MV Happy Ranger, was offering assistance to the Yantian Express, but has since been relieved by the firefighting tugboat.

Seifert said it’s too soon to know how much damage the cargo or ship suffered. 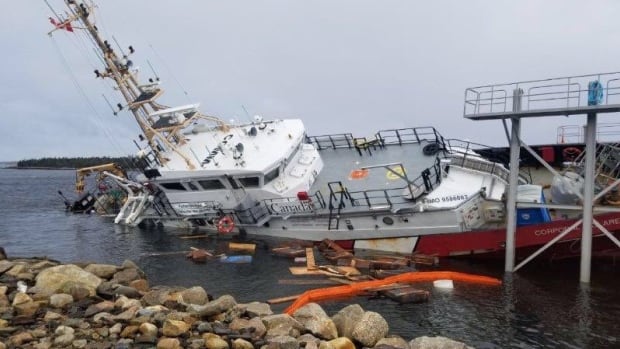 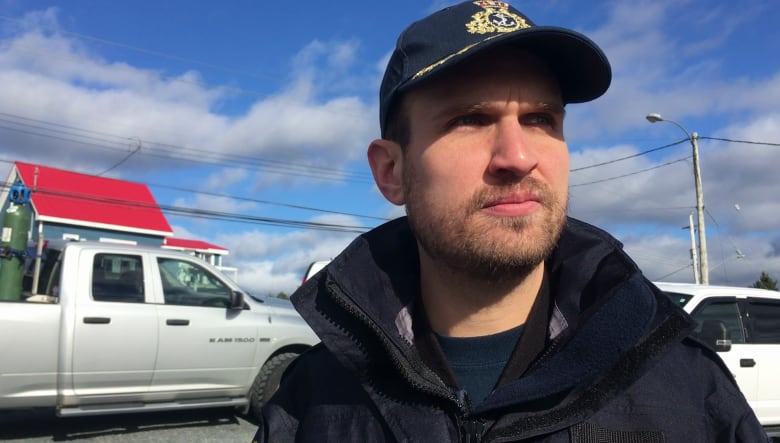 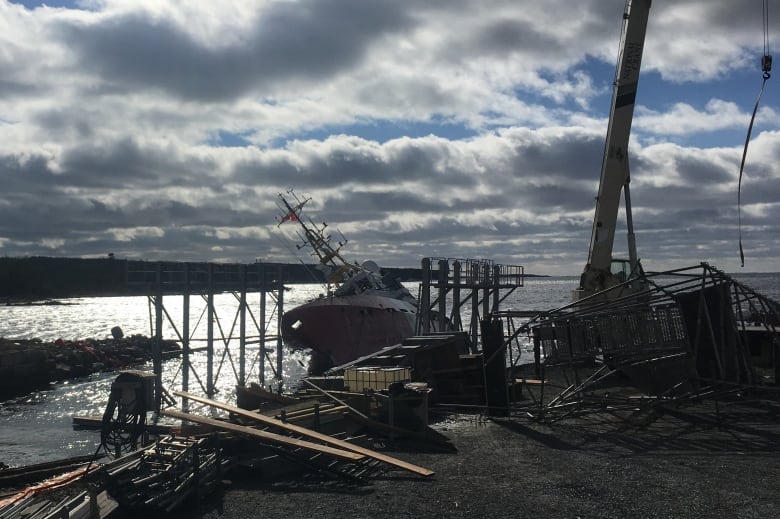